Intrepid Travel has promoted Zina Bencheikh to managing director for its EMEA region, and plans to expand its trade team in the UK.

Bencheikh has worked at the adventure operator for more than a decade, most recently as regional general manager of its operations arm Peak DMC for Europe, Middle East, and North Africa.

In her new role, from May 1, she will manage 70-plus staff at Intrepid’s European headquarters in London, where she has been based for more than six months. 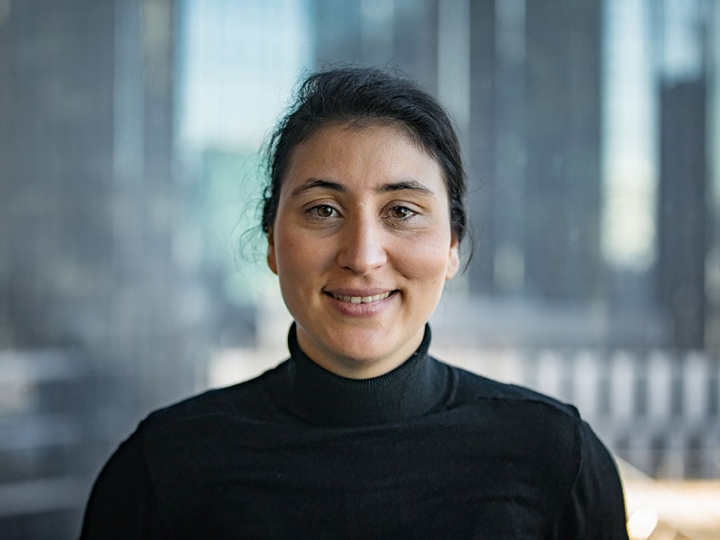 Interim EMEA managing director Robyn Nixon will remain in the Brixton office until September to support the team during the transition before returning to Intrepid’s headquarters in Melbourne, Australia.

Bencheikh, who was born in Morocco and educated in France, joined Intrepid as finance manager in 2010, and has progressed through various financial and operational leadership roles while championing gender equality initiatives at the company.

She said: “I’ve seen for myself the difference that tourism can make to a community, when it’s done well. Brits and Europeans are some of the most adventurous, eco-conscious, and informed travellers in the world. We have fantastic opportunity to better draw on our local knowledge and operational strength to connect with our customers and increase our positive impact on the ground.

“We don’t want to do everything from Melbourne, so it’s very important to grow my team and in turn grow the segment of small group travel.”

Chief commercial officer Brett Mitchell said: “I’m absolutely delighted Zina will be leading the team in Europe. Not only does she have valuable experience managing our largest and most complex operations region, she’s an outstanding example of Intrepid’s values and a role model to many in the industry.”

“That shows our commitment to the region,” added Mitchell, who pointed out that trade sales were “our fastest growing channel” in the UK. “Our industry partners have been incredible over the last 12 months.

He said the UK and North America were Intrepid’s two fastest growing markets, and that he expects the regions to be bigger than Australia by 2025. The regions had been combined into a ‘northern hemisphere super region’, but a decision to reverse that move came out in Decemberwhen it emerged Michael Edwards, who had headed up both regions, was to leave the business.

Mitchell said: “Ultimately, we got it wrong in trying to combine the regions. The more we look at it the more we understand the regions are very different.”

Mitchell said the coronavirus outbreak had created “a bit of a challenge” but was positive on the outlook for sustainable travel, for which Intrepid – a B Corp company – prides itself.

He explained: “In the younger generation there’s a real craving for sustainable travel, especially from customers and agents in the millennial age group and down and it’s a real demand from gen Z.”

On older customers, he added: “They are looking for good value trips, and something a bit different. We are finding that once they’ve been on a trip they are more aware of sustainable travel.”

Agents told to highlight touring and adventure ‘value for money’

To gain access to this site you need to register with ATAS. To do that please submit your registration by using theSign Up

To gain access to this site you need to register with ATAS. To do that please submit your registration by using theSign Up

Enter your email address below to reset your password

We have sent you an email with instructions for resetting your password.

This website makes use of Cookies to enhance your browsing experience and provide you with additional functionality.Learn more